In the maze under the castle, which existed already centuries, during the second world war an especially underground hospital has been moored what was resistant against all kinds of attacks. But because never a world war 3 came, it was never used. All objects, think of roentgen equipment, operation chambers, and all the other material therefore still is in new condition. There is an overview of the medicine in Hungary of several times: headstocks show shows from the 18th century, from the world wars 1 and 2 as well as some randomly chosen shows from hospitals, operation chamber, kitchen, roentgen. The visit lasts more than one hour.
Opening hours
Age
Prices (2016)
Overnight stay
Hotels
Budapest
Campings 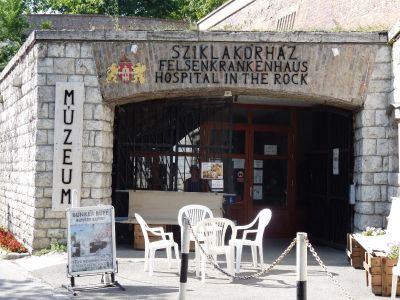